Paul Auster’s Oracle Night was published in 2004. I must have first read it that year, or else the next. I know I enjoyed it. The premise of footnotes that carry over several pages to set up alternative methods of reading the text stayed with me; the typical Auster trick of running several narratives at once and moving in and out of them astounded me then as now. Part of the reason I returned to it recently was to admire, once again, how smoothly Auster creates a series of embedded narratives. 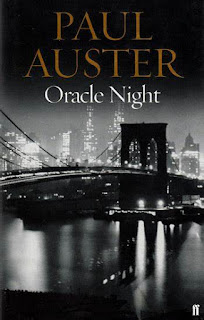 Layer 1: Sydney Orr, Brooklyn Author, is recovering from a near fatal illness. He buys a blue notebook and begins to work on a new story, based on a character from Hammett’s The Maltese Falcon (a clue – hardboiled detective fiction rarely ends with events “set right”). This layer concerns Orr’s life as a writer, husband and friend to another writer – a more successful one, and a rival of sorts, John Trause.


Layer 2: Footnotes. Orr uses footnotes to explain the story behind the story, and to give the reader “insight” into his past, including his marriage to the lovely Grace, an at-first seemingly uncomplicated character who works in the art department of Orr’s publisher.


Layer 3: Orr’s novel.  This is the story of Nick Bowen falling for Rosa Leightman; escaping death by accident; escaping his marriage and becoming trapped in an underground room full of another man’s phone book collection, American and European.


Other stories are included – one Trause offers to Orr so that Orr might write a film treatment (left behind on a New York subway train). Also, Orr’s version of Well’s The Time Machine, with two characters traveling from the future and the past and meeting half way to fall in love. The separation of one story from the next is not, however, as clear as this description of 'layers' might suggest. For example, in writing about Nick, Orr interrupts himself and gives his reasons for making the character so: ‘To appease his conscience, he calls his wife at her office (law firm, brokerage house, hospital – to be determined later’) 23. The footnotes drop away in frequency as the novel proceeds, and Orr’s blue notebook novel stops dead. This allows Orr's life ("Layer 1") to take centre-stage. This is another thing to admire -- even given the inventiveness and engagement of Orr's stories, his own life is a potboiler involving Grace’s pregnancy, her possible affair with Trause, Trause’s crazed drug-addict son, and so on.


Orr isn’t a successful writer – illness has left the family in-debt and he is searching for a way out in storytelling (both in a commercial sense and in the sense of avoiding his problems, directly). For a time, his blue notebook seems to be something magical: ‘words had rushed out of me as though I were taking dictation, transcribing sentences from a voice that spoke in the crystalline language of dreams, nightmares and unfettered thoughts’ (108). Then the voice stops and the story of a trapped man, rather than a trapped “character”, takes over.


There is part of me that hopes that a novel like Oracle Night isn’t for everyone; that it was written for people like me who are interested in writers and stories and troubled men and sympathetic women. The Auster trick, however, is to make all of this so matter-of-fact, so clearly told, that you feel like you are in listening directly to a man confess his disturbing secrets. Auster's voice is the thing, and it turns out to be both complex and everyday, as you might expect on an oracle night. 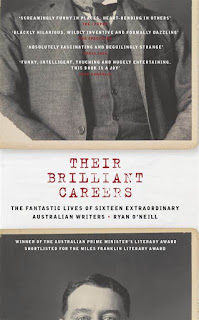 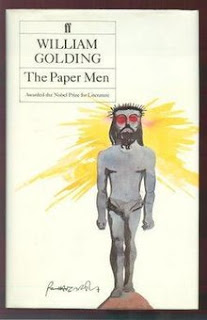